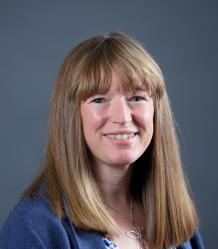 My research centres on German and Austrian history museums, considering the museum as one a range of social practices for dealing with Germany's fraught 20th century. After a decade working on the material culture on display in these museums, leading to the monograph Exhibiting the Nazi Past, I am currently pursuing work on the discourses that surround history museums. This includes the speeches that are given at the opening ceremonies of exhibitions, the use of 'leichte Sprache' or simple language to make museums accessible to people with learning disabilities, and the use of translation in museums. I am also contributing to work on the understanding of violence as a German and global phenomenon.

I teach modules relating directly to my research questions (in particular ‘Dictatorships on Display: History Exhibitions in Germany and Austria’) but I also teach more widely across various eras of German literature and film. I have considerable experience of teaching in the MA Translation programme and have supervised many PhD and masters dissertations.

Chloe Paver has undertaken the first wide-ranging investigation of the material culture displayed in historical exhibitions about the National Socialist era, which was published as a monograph, Exhibiting the Nazi Past: Museum Objects between the Material and the Immaterial. Together with a further nine articles and chapters, this research investigated the social and institutional forces that shape these exhibitions and of the ways in which they display the material traces of the past. She is currently pursuing various avenues of enquiry: the speeches given by dignitaries at the opening ceremonies of exibitions; church sermons preached on the occasion of a history exhibition about the Lutheran Church; violence in the museum; and the deployment of 'leichte Sprache' and Easy Read for accessbility at museums dealing with 'difficult histories'.

Dr Paver spent the year 2006-07 as a Humboldt Fellow working under the supervision of Prof. Aleida Assmann at the University of Konstanz and gave papers both there and at the University of Vienna. In 2007 she completed a monograph for OUP: a study of the ways in which recent German and Austrian literature and film approach the subject of the Nazi past, and of the ways in which we study these approaches. With Prof. Bill Niven of Nottingham Trent University she has edited a volume of articles, Difficult Pasts: Memorialisation In Germany Since 1945.  This is the first major collection of research into the diverse memorials to Germany's various ‘pasts' and  shows how both the memorials themselves and our ways of conceptualizing them have diversified over the last few decades.  Chloe Paver received a British Academy small grant to enable research visits to Germany to complete this work.

Most of my teaching draws on past and present research. In particular, the modules 'A Nation Remembers' and 'Dictatorships on Display' accompany my current investigations into German and Austrian cultural memory. Students on these modules read my latest, often as yet unpublished, research as well finding out about new research reported at recent conferences. Dictatorships on Display uses photographs that I have taken on museum visits in Germany and Austria -- material that is unavailable online -- which means that students on this module are the only students in the UK given access to this knowledge and interpretation. A second-year optional module, 'Youth and Age in German Literature and Film' equips students to contribute to current debates on tensions between the generations.

I teach all levels of language, from first to final year and the MA Translation.

In 2014 I was given an award for 'Best Feedback Provider' by the Student Guild.